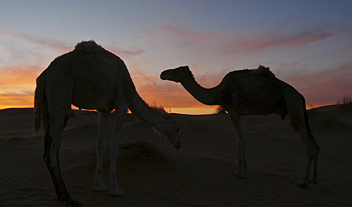 The Western Sahara, formerly a Spanish colony on the northwestern coast of Africa, is a disputed territory. It is claimed by both Morocco end the Polisario Front. Morocco is in control of about 80% of the territory. The remaining territory is controlled by Polisario who proclaimed the Sahrawi Democratic Republic.

Due to the extremely harsh Sahara climate, the ongoing military conflict and widespread landmines, we do not currently consider it as a destination for long distance hiking, trekking or walking.