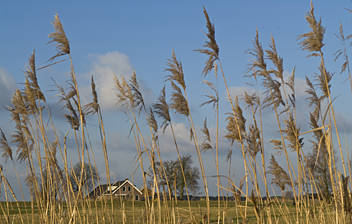 By international standards, the major Dutch cities are small-scale affairs.But together they still form a rather densily populated part of Europe. During the 20th century Amsterdam, Den Haag, Rotterdam and Utrecht all have expanded into what has become almost a single urban zone. The centre of this area has long kept its agricultural function.

Planners have compared this ‘Green Heart’ to Central Park in New York city. Historically they are wrong. The original function of the area was to provide city dwellers with fresh milk and vegetables. But it is becoming more like a park as conditions for agriculture have become less favourable. The open spaces are under constant threat from a wide variety of building initiatives. With varying degrees of success the builders are restrained by a growing recognition of the value of historical landscapes. The result is an typically Dutch compromise between competing interests. This trail gives a good impression of the history and dynamics of the area.