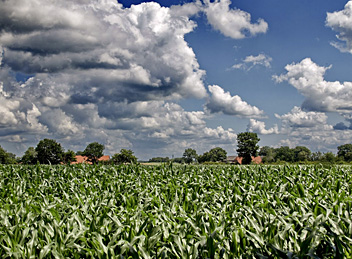 This trails starts on the Northsea coast and turns south into the flat countryside of Ostfriesland. Much of the trail follows an old railway line. Friesland is a land of clay soils and waterways, small houses and corn mills. It is not unlike the bordering Dutch province of Groningen. The trail also follows the river Ems for a while. The end is in Papenburg. Hence you can continue walking through Friesland by the Friesenweg, also called Hünenweg. Part of the Ostfriesland Wanderweg is used for the European Long Distance Trail E9.